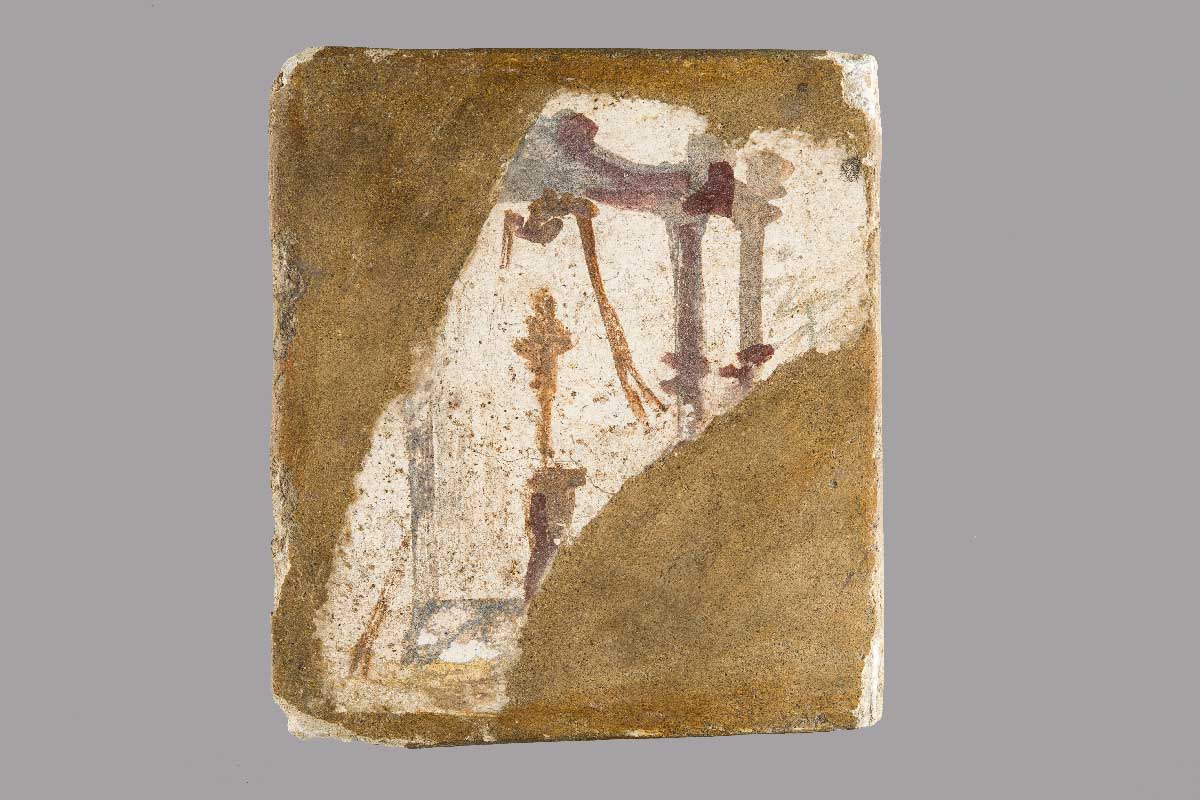 Images of Roman cult and religion often appeared on the painted walls of domestic spaces, and this fresco fragment is a testament of the popularity of such religious motifs. Here, a small shrine – with ornamented columns and a golden garland hanging from its pediment – houses a golden cult statue of a god or goddess, which stands on a tall base. Notice the two torches that lean on the left side of the shrine. Torches were common offerings in sacral-religious landscapes and, here, they may suggest that torchlight was used to illuminate the cult statue.