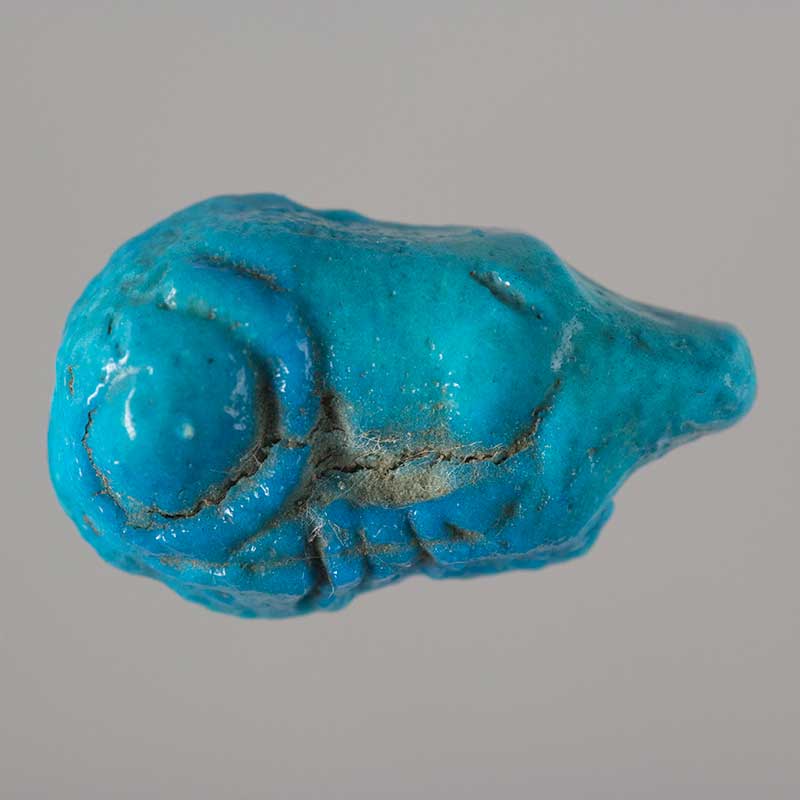 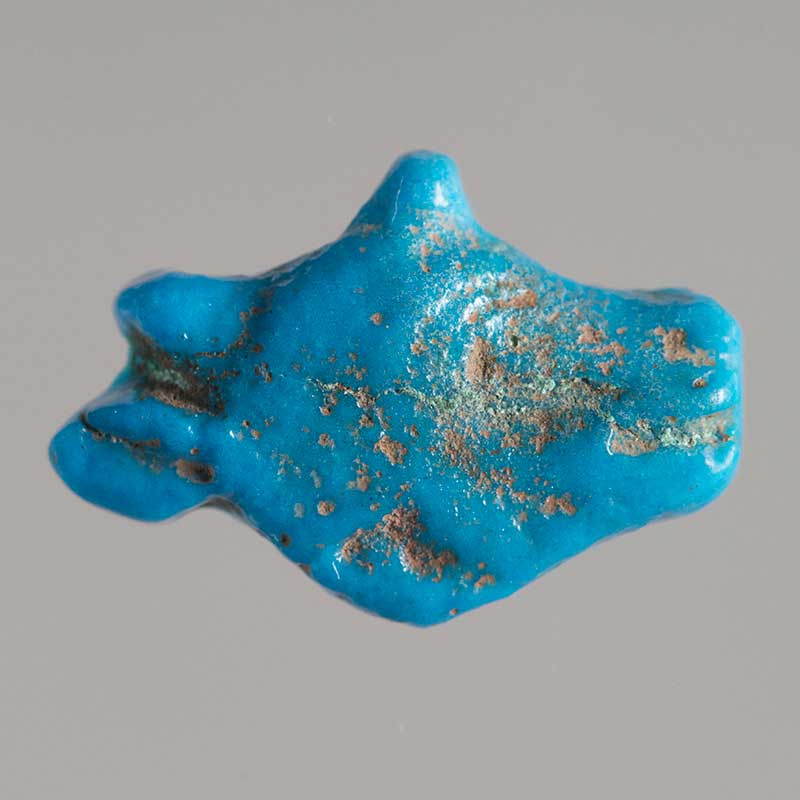 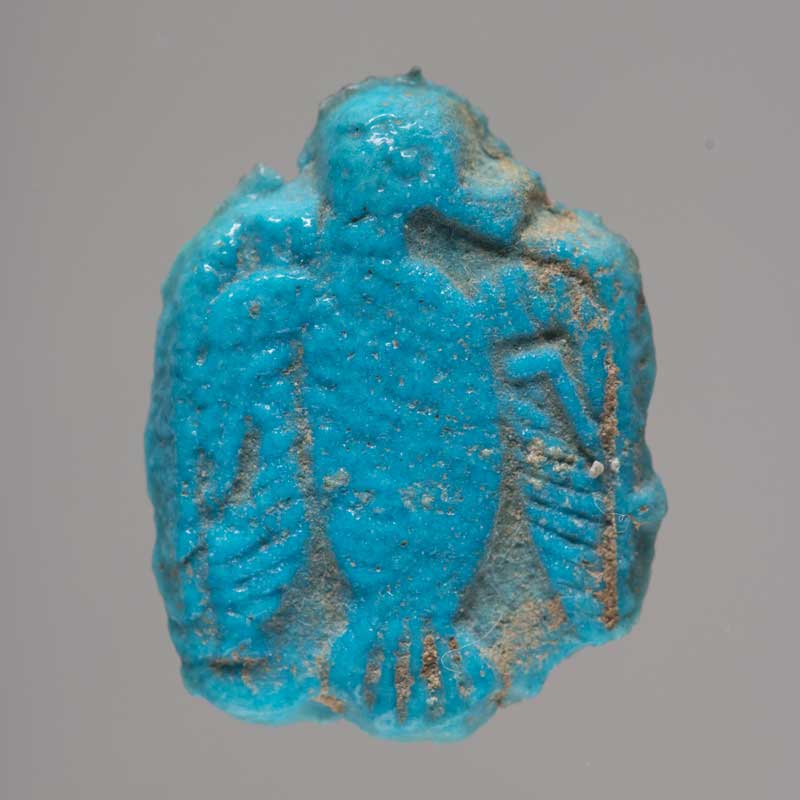 All three objects were examined by undergraduate students Jordan Poston and Evan Smith. These amulets were fabricated by pressing damp Egyptian faience paste into one-sided molds; this is clear from the fact that there is only one decorated surface, and the backs of the objects show pressure from being pressed in place, or warpage as the faience paste dried and shrank. The overflow of faience paste on the edges of the duck amulet (top left) suggests that the excess was not removed and that the edges were not finished as they were in the two ox amulets below. All three amulets retain the glossy sheen of their copper-based colorants.