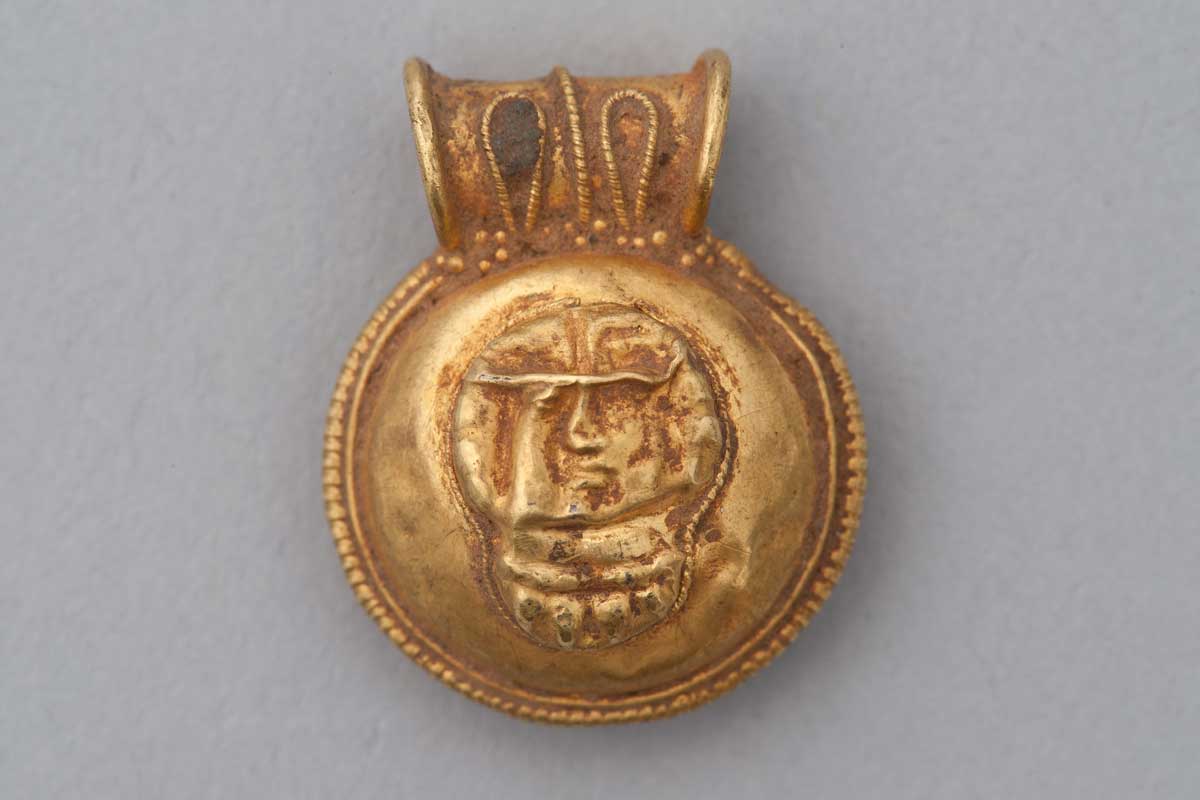 Measurements: 1.9 cm long, 1.6 cm wide
Materials: Gold
Date/Culture: Etruscan or Roman
Find spot: Unknown
Condition: The object shows a Gorgon head in relief. The head wears a diadem, now somewhat distorted, as well as a necklace composed of four ovoid pendants. The front of the bulla is framed by crimped wire. The suspension loop has raised edges and is divided down the centre by twisted wire. On either side of the divider are petal-shaped compartments of twisted wire that were filled with stone or glass paste; the remnants of the paste remain on one side. The back of the bulla is dented and pierced in the centre. Raised dots separate the loop from the medallion on both the front and back of the piece.